As everyone is out migrating their Lync 2010 environments to Lync 2013, you must plan for coexistence.  This post will discuss the appropriate tools to use to administer certain scenarios once Lync 2013 is introduced into the environment.

“The topology is from a later version of the product.  Use the correct version of Topology Builder to open this topology.” 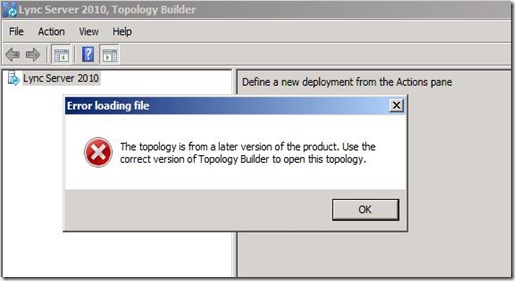 “Move to or from the future version of the product is not supported.” 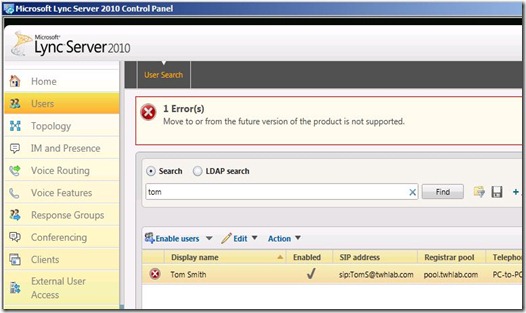 Assigning user policies or changing user settings can be performed with either set of tools no matter what version of pool the user is homed on.

Below is a summary of the different scenarios above.

To avoid any confusion, I recommend using the Lync 2013 tools exclusively for any administrative tasks once you have introduced Lync Server 2013 into your environment.

Posted by Tim Harrington at 9:23 AM