Have you ever asked yourself:

A much over-looked feature in the Lync Topology Builder is the To-Do list.  This list only appears after you have published your topology and action needs to be taken directly on the server components to reflect the updated topology.  This means that more is needed than just Lync replication.

View if action is needed: 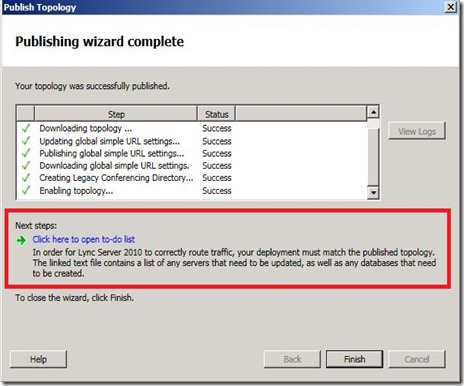 View if no action is needed (Lync replication will take care of all changes): 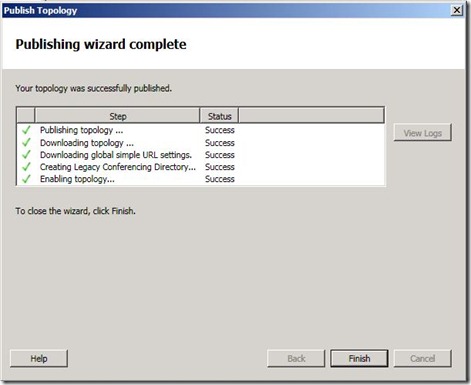 After clicking on the “Click here to open to-do list”, a text file is opened and will explain the changes needed to your environment.

Looking at this closer, I have changed the Simple URLs for one of my SIP domains.  The to-do list shows that I will need to update DNS, possibly modify my certificates and also run local setup on two of my servers: lablyncfe01.homelab.local and lablyncfe02.homelab.local.

This means running Step 2 from the Deployment Wizard on these two servers: 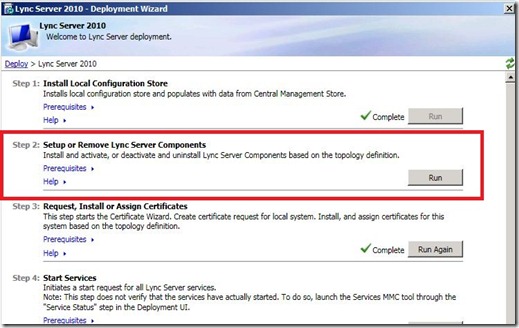 After re-running Step 2, my Front-End servers will pick-up the changes to the Simple URLs and be able to answer traffic for them.